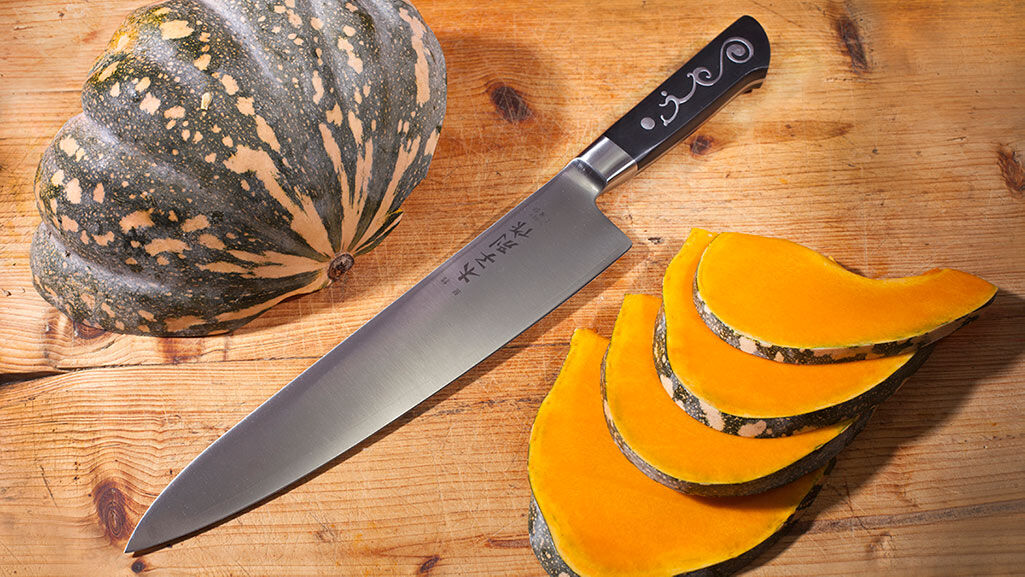 Otis Greder is the sous-chef at a popular cafe in Brisbane’s West End. In fact there are so many cafes and eateries in West End that Otis has worked his way around many of them, gaining invaluable experience along the way.

He started off in smaller cafes after doing a STEP program at school, combining studying catering at school with some work experience. Fast forward twelve years working with a whole range of different food styles, from Turkish to Italian to Seafood to Modern Australian, and now he’s basically running the kitchen at one of the top West End cafes.

“As a jobbing chef your knives are basically your tools of the trade.” Otis explains. “About five months ago I bought a set of IO Shen knives, including my – now – favourite, the big 10.5 inch blade. I can honestly say it’s the best knife I’ve ever used – it’s nicely weighted and it keeps its edge really well. I use it mainly to cut meat and veggies – I don’t use it as much for seafood. A good judge of a knife is how long it takes a chef to slice a tomato, it’s not the chef’s skill here as much as the sharpness of the knife. I can do a tomato in three seconds flat with the IO Shen. It’s sheer ‘cutting pleasure’!”

Otis has combined his set of IO Shen knives with a top of the range Nirey KE280 knife sharpener.

“The KE280 sharpener is an essential tool for any busy commercial kitchen.” says Otis. “A kitchen runs as fast as the bluntest blade in the room, so if everyone has a sharp knife the kitchen runs more quickly and more smoothly. Before we got the KE280 it would take 20-25 minutes to get a knife sharp on a whetstone and you’d have to work hard to get a perfect angle on both sides of the blade. This is time we just don’t have in a busy kitchen. Now getting a blade sharp takes thirty seconds and you have a knife that is sharper than when you bought it.”

Otis sharpens his knives using the KE280 roughly every two weeks, making sure his kitchen stays at maximum operating speed.

You’d have to think that having an ultra sharp knife would have its downsides as well – particularly if you accidentally cut yourself, but Otis explains that being cut by a sharp knife is – weirdly – better than getting a cut from a blunt knife:

“If you do cut yourself by accident, you’re much better getting a cut off a sharp blade than a blunt one. A clean cut is always better, is less prone to infection and heals more quickly than a cut from a blunt blade.”