Over the past few years we’ve written a lot about innovations in cooking and the kitchen, with all sorts of visions of what kitchens will look like in the future, from the ‘alien spaceship’ single unit sitting in the middle of the room to a few sets of robotic arms doing all the work for you. 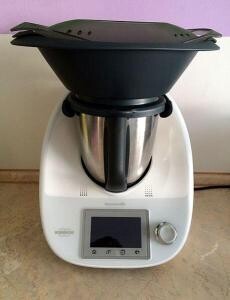 But, unless you’re Bill Gates, these particular innovations are a little way off appearing in your kitchen anytime soon, but other less radical kitchen innovations have been appearing and almost slipping under everyone’s collective radar.

Back in the days before iPhones and when – in my house anyway – we didn’t have an especially extensive record collection (these are black shiny discs that music use to be recorded on), I thought it would be great just to be able to ‘rent’ songs for a party instead of having to hire a DJ – a sort of jukebox over the airwaves was what I’d imagined. Fast forward many (many) years and now it’s in your hand – iTunes, Spotify, YouTube will all serve you up not just high quality audio but even all those old TV and film clips, at the touch of a button, on your smartphone. So we may not have the flying cars yet, but we’ve got the music on tap.

And in terms of cooking, we’ve got more recipes than you can poke a stick at on the internet (and on apps), with no excuse any more for not being able to throw together a pretty good meal at fairly short notice – as long as you’ve got the ingredients, and the basic tools (remember – you only need three things in your kitchen).

But in terms of advances in technology in the kitchen, not really a lot. Except maybe one. The all singing all dancing food processor. There are many brands of these* and they all do more or less the same thing. The major difference with the new generation is that they tell you what to do, measure out all the ingredients for you and then do the cooking as well.

At first I was pretty blasé about these new devices, but I have to say I’ve been converted. My household took delivery of one a while back and I looked at it wondering what all the fuss was about and – frankly – why it cost so much money. But the combination of the speed and ease of use – and some pretty good meals made in it, have won me over. Plus left the kitchen not looking like the bombshell it used to.

Of course it can’t do everything and doesn’t replace the oven/grill/barbecue and you’ll still need to hang on to your pots and pans. What it has replaced is the plethora of other electric devices – the mixers, food processors, juicers etc, since it does all of these things.

It also hasn’t replaced the good old kitchen knife and the good old electric knife sharpener! Our (newly acquired) IO Shen vegetable knife still has its work cut out chopping up the vegetables, whether they end up going straight into a salad bowl or into ‘the device’.

A month on, it’s still a delight using the IO Shen. It comes out of the drawer in a strange sort of ceremony with everyone looking on in wonderment and awe (OK I might be exaggerating a little here), is used for the job in hand and immediately washed and wiped clean before being put straight back in the drawer, all within a few minutes. It is also based on the latest modern technology – Japanese samurai sword technology.

*but really only one market dominator, a German machine that begins with ‘T’ and ends in ‘hermomix’ – the Porsche 911 turbo of the food processor world. Apparently in Italy, where apartment living is a big thing, developers of new residential blocks are equipping kitchens in all new apartments with these devices.