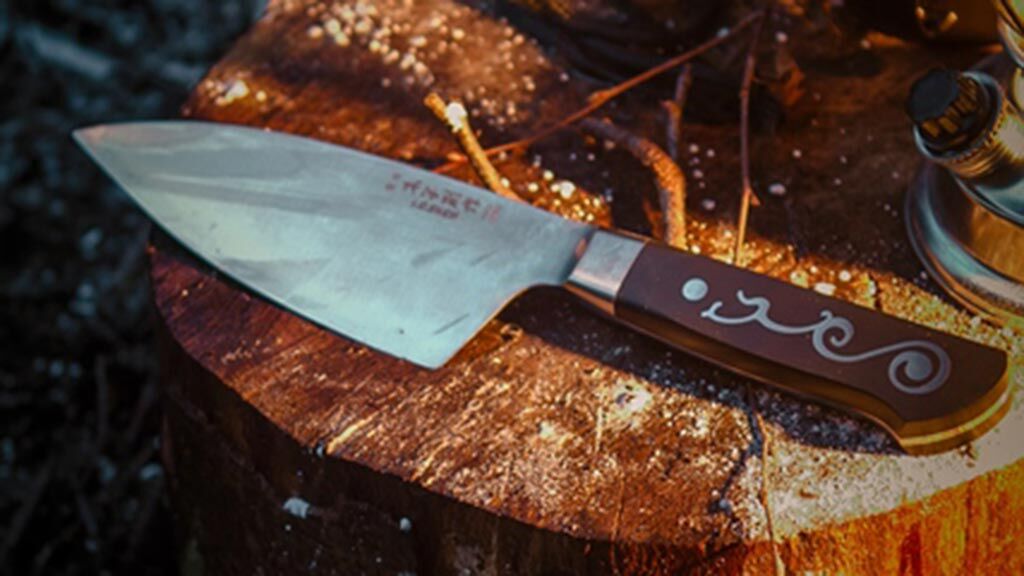 We’ve covered the resurgence in interest in barbecuing and the rise of competition barbecue in a few of our previous articles here and here. 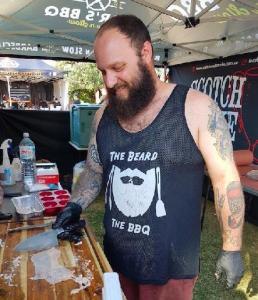 We took some time out recently to speak with Tony Gimellaro (pictured), captain of the Beard & The BBQ competitive BBQ team who – in case you didn’t know – took out the absolute top spot in the Australian rankings this year and are current reigning 2018 Barbecue Galore Grand Champions with a point tally of 3072, beating out around three hundred other teams.

So it’s fair to say Tony knows a thing or two about BBQ! In fact Tony doesn’t come from a catering or cooking background – he’s an electrician by trade – but he’s always had a passion for home cooking. So when reality TV show ‘BBQ Pitmasters’ started running on Foxtel A&E back in 2014, he was hooked and couldn’t wait to give it a try.

Within a year he was not only competing but also judging at a number of competitions. Although still not as big as it is in the US, competitive BBQ has grown from hardly anything in 2014 to thirty-eight competitions around Australia now. Most competitions have around thirty to forty teams taking part, but big ones like the Port Macquarie comp this year attract over a hundred.

The rules are pretty strict – all teams have to prepare a range of different meats and six portions are delivered to the judges. Only certain cuts of meat are allowed, with pork for example the cuts need to be either shoulder, neck or ‘butt’ (which is not what you think it is – it’s actually a cut from the shoulder). And all the entries are numbered and these numbers swapped around so that the judges really have no idea who has cooked what and it’s a fair competition.

We just assumed that the competitors would be allowed to either sell or give away their food to the public, but of course the food rules are very strict and so you can’t just waltz up and get a feed, as a matter of fact no food can be sold or even given to the public.

“From the classes we run, we know that a big factor amongst those people that want to learn how to slow cook BBQ is wanting to connect with the old ways of cooking – there’s a bit of that primal urge in there when it comes to wanting to play with fire!” says Tony. “But it’s also a challenge and a bit of an artform when you have to get things cooked over wood or charcoal, as opposed to just switching on the gas.”

Tony readily admits that he and his team are still learning (even though one of his team mates, James Taylor, really did get a perfect score for his lamb at a recent competition – the first perfect score in the ‘protein’ section ever awarded).

What advice does Tony have for someone wanting to learn how to slow cook BBQ?

“Really it’s all in the research – do plenty of research. After that be prepared to fail, because you almost certainly will, but it’s worth it in the end.”

And you don’t need a special type of BBQ – quite a few of the competing teams have a ‘normal’ Weber as part of their set up and you can do a really good job with one of these.

Total Knife Care is delighted to have been a small part of The Beard And The BBQ’s journey in 2018 – the team is equipped with a set of I.O.Shen knives, which were recommended by one of their team members who is a knifemaker himself – high praise indeed!

A super sharp knife that stays sharp is a very important piece of kit, as in the competitions the entries are judged by appearance as well, and a good clean slice makes the food look delicious. So far Tony has had to sharpen his I.O.Shen brisket knife , which gets used hundreds of times, but his chef’s knife and Maoui Deba are still going strong since they came out of the box.

Tony is stepping back from the captain’s spot with the team in 2019, but plans on taking part from time to time. He is handing over the reins to his team mates Adrian Luppino, James Taylor and Sinead Hoffman. Their great scores got them an exclusive invitation to take part in the big league in the US and in September next year they’ll be heading out to Kansas City to take part in the massive Royal Invitational Show over there.

After such a big year, we expect Tony and his team will be looking forward to a short break before it all fires up again in 2019!

The Beard and The BBQ