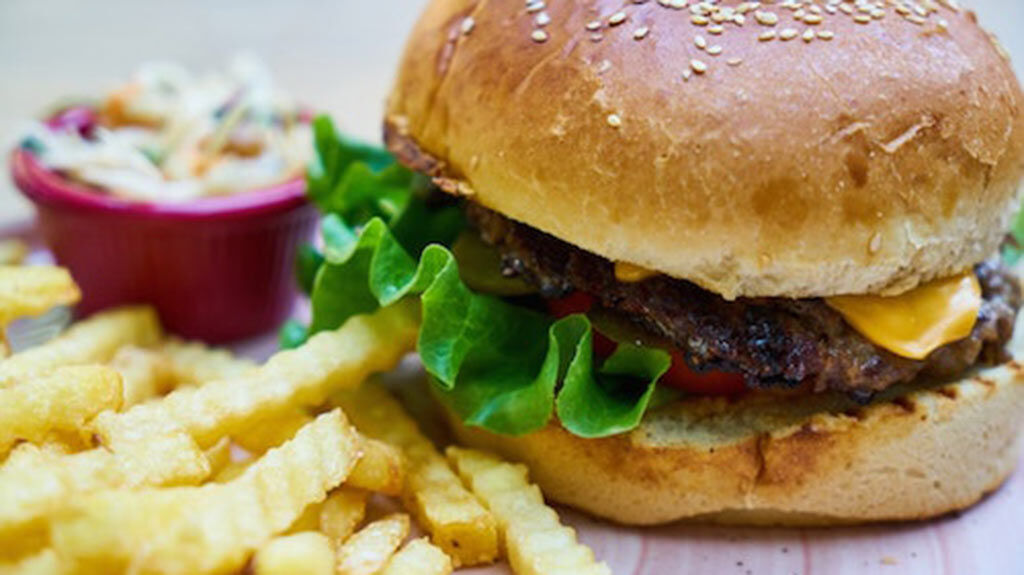 Quietly, right around the globe, scientists are seeing if they can make fake meat that people would actually want to eat. ‘Why?’ I hear you ask. Well, there are lots of reasons.

People decide to give up eating meat for a variety of reasons. Some because they just don’t like the idea of eating animals (currently 11% of Australians don’t eat meat), some because they want to adopt a vegetarian (or ‘more’ vegetarian) diet for health reasons and some because of environmental concerns.

Tied in to this last one is a simple bit of maths, based on global population growth and the growth of income levels in some countries with big populations around the world (eg India and China). If the population of the planet is heading from the current 7 billion to more like 9.5 billion by 2060 and more of those people are going to want to eat meat… Houston, we have a problem.

Currently around 30% of the world’s usable agricultural land is given over to pasture for farmed animals, and basically this land is going to run out at some point in the not too distant future.

There are a few options here. We could all eat insects, although this is probably going to require a pretty long PR campaign to persuade everyone that they genuinely are really good for us and full of protein.

We could give up eating meat altogether (or maybe have a meat-free day every week, as suggested by the UN’s Dr Rajendra Pachauri back in 2008). The problem there is that scientists have discovered that humans are hard wired to eat meat. Or… we could start eating a different type of meat. And this is where it gets interesting.

The idea of a different source of meat is nothing new – in 1931 Winston Churchill wrote an article called ‘Fifty Years Hence’ where he predicted that “we shall escape the absurdity of growing a whole chicken in order to eat the breast or wing, by growing these parts separately under a suitable medium”.

He was a bit out in his prediction, but on the right track. In fact, scientists have been growing meat in labs since around 2013, but just haven’t yet got it to the point where it’s really ready for sale. And here’s the rub – at the moment it costs a lot of money just to produce 1kg of synthetic meat. In 2013 a scientist based in the Netherlands – Mark Post – produced a burger patty which cost $400,000 and a US based company called Memphis Meats claimed recently to have made duck meat and chicken meat from stem cells at a cost of $6,000 per kilo.

The easiest type of artificial meat to make is the mince (or burger patty or meatball) because the meat is homogenous, however replicating something like a steak or leg of lamb so it looks and tastes like the real thing is going to be a huge challenge and – as far as we’re aware – no-one is close to doing this.

There are many hurdles to overcome before even the mince-type artificial meat makes it on to the supermarket shelves. It needs to be tested to make sure it is suitable for human consumption and the other question is where should it appear in the supermarket – in the meat section, or somewhere else? Woolies and Coles have already had to wrangle with this issue recently with vegetable-based meat substitutes.

So it’s unlikely that artificial meat will be commercially available anytime soon, but in the longer term it’s almost certainly coming, and people like Richard Branson, Bill Gates and Sergey Brin from Google are already investing in the technology.

In the meantime, the good news for people who like meat but just don’t want to eat it (!) is that there are already a number of pretty reasonable plant-based meat substitutes around. Hungry Jacks apparently do a reasonably good vegan burger and a new Australian vegan burger chain called ‘Lord of the Fries‘ already has 19 outlets around Australia. We have yet to check them out!