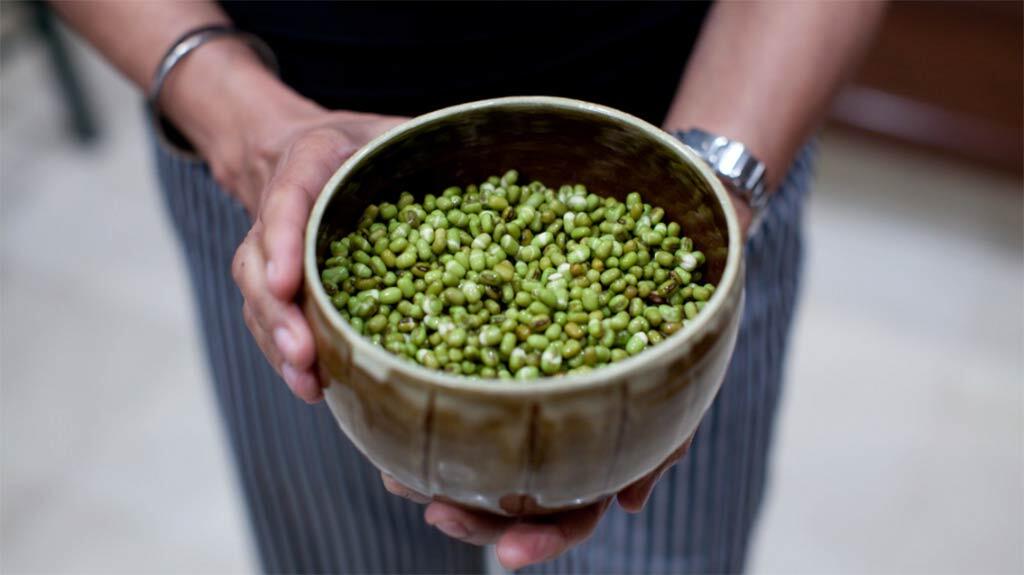 A very small (and very unofficial) delegation from Total Knife Care found itself at the recent Regional Flavours Food & Wine Festival in Brisbane the other weekend. Attendance had nothing to do with the fact that it was billed as ‘Brisbane’s Free Food & Wine Festival’.

No. We were on a mission to discover the future of food straight from the mouths of people who should know – the scientists and academics researching this very topic. The Future Food tent was a little away from the main drag, so you really had to be interested in the topic to be there.

Judging by a few of the predictions on the future of food that we have come across over the past year or so (check out some of our articles), there was some apprehension as to whether we would immediately be offered toasted crickets or maybe a dish involving cockroaches, but in fact the whole affair was much more civilised than we’d anticipated.

The scientists presenting their research were focused on some of the big problems, for example focusing on how it could be easier to ensure that elderly people get all the nutrients they need without having to pop a bottleful of pills, and the small problem of how to make sure enough food is being produced to feed the 9.8 billion people predicted to call this planet home in 2050.

One very interesting short talk was by Professor Sagadevan Mundree from the Queensland University of Technology about beans – mung beans, chickpeas and fava beans among many different types.

It turns out that these tropical pulses are a rich source of all sorts of good stuff, such as protein, folates and bioavailable iron and zinc, but the problem is that they are not really a big part of the Australian diet, due to some preconceptions (including one that they tend to cause flatulence – not true if you prepare them correctly says the professor). In other countries they form a much larger part of the diet.

The irony – pointed out by the professor – is that Queensland produces a huge amount of mung beans and chickpeas every year, but 98% of these crops are exported to the south of Europe and to the Indian sub-continent where they are processed, and then arrive back in Australia in much more expensive products. Why not do the processing – and the eating – here, and then everything would be cheaper and better for us, argued the professor.

After the talk we tried a ‘peanut butter’ made from mung beans and in fact it was very tasty. Similarly a chocolate flavoured paste to compete with another well known brand was also pretty good. Professor Mundree envisages these products not only widely available on supermarket shelves, but also as a way of delivering better nutrition to schoolchildren and to the elderly in a tastier form.

A common theme addressed by all the speakers was the global problem of the availability of fresh water, given that agricultural production needs to increase by 70% by 2050 to ensure that the 9.8B population can be fed. As agriculture around the world in fact uses 70% of all available fresh water, any way this could be reduced would certainly help.

To do this, agricultural techniques will need to become even more efficient and the speakers talked about how to do this, including encouraging the growing of crops either in cities or on the urban fringe, now something perfectly possible using new cultivation techniques.

Finally, the scientists were asked what advice they would give to people to help them eat more healthily. The answers were surprisingly simple…

OK, we made that last one up.