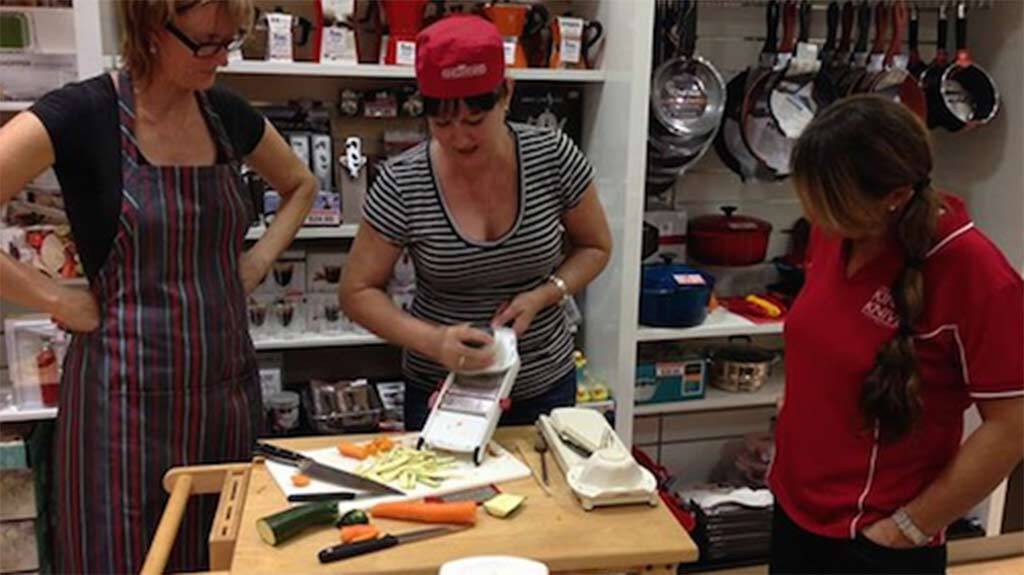 Drive 1,390 kms north out of Brisbane and you’ll arrive in Cairns – the jewel of the Tropical Far North. Founded by settlers in 1876 who needed to set up a port to export the gold discovered in the tablelands inland, the new city was founded on land inhabited by the Walubarra Tidinji people (and the Cairns area is known in their language as ‘Gimuy’).

Since then Cairns has continued to thrive as an agricultural centre, with produce such as sugar cane, corn, rice and bananas grown around the area, and it has more recently become a tourist Mecca for visitors from around the world wanting to visit the Great Barrier Reef, with the city opening an international aiport in 1984.

Born in nearby Innisfail, Violet McKelvey has lived in Cairns all her life and is the owner of two King of Knives franchise outlets in Cairns – one in each of the main shopping centres in the city, Cairns Central and Stockland Cairns.

In August she will have been with the company in one capacity or another for twenty years, the last nine as a franchisee, in fact one of the very first franchisees to join the company. Prior to taking on the franchise Violet managed the King of Knives store for eleven years, and during that time travelled regularly between the company stores in Townsville, Mackay and Darwin, so you could say that she knows knives – and King of Knives – inside out!

In a twist of fate the current owner of King of Knives was the person that gave Violet her very first retail job thirty years ago when she was hired to work at Sunglass World (later sold to Sunglass Hut).

The rise and rise of the cooking shows on TV have driven renewed interest in cooking and cooking utensils, anything from knives to new gadgets. Devices like the Spiralizer and Nutribullet have sold well based on strong TV advertising campaigns and the current focus on healthy eating.

“One of the other trends we’ve notice in store is a move towards Asian style knives, like the I.O. Shen range from Total Knife Care.” says Violet. “When one of the major Japanese brands started selling in Australia, people realised that their sharpness and light weight were hard to beat.”

“We’re all pretty impressed with the I.O. Shen range,” adds Violet. “The girls in the shops love them (they each have one at home) and are able to explain from first hand experience how the knives hold their edge and sharpness over time.”

When you do need to sharpen your knives, King of Knives Cairns outlets also stock the Nirey range of electric knife sharpeners from Total Knife Care. Violet reports that the Nirey sharpeners are some of their best sellers.

The Cairns stores also stock the Bolt Action range and have noticed the Damascus steel knives being particularly popular as gifts.

She is also keen to point out the how Total Knife Care’s customer service and warranty backup make it easy to sell their products,

“Scott and Luke at Total Knife Care are amazingly helpful – they stand behind their warranties, not that we’ve had to rely on warranties for much at all, but it does mean that when we are talking to people about their products we know we can rely on them 100%.” explains Violet.

Even though – or maybe because – she runs two cooking equipment stores, Violet doesn’t have a great deal of time for cooking at home herself. “Maybe when I retire.” she says.