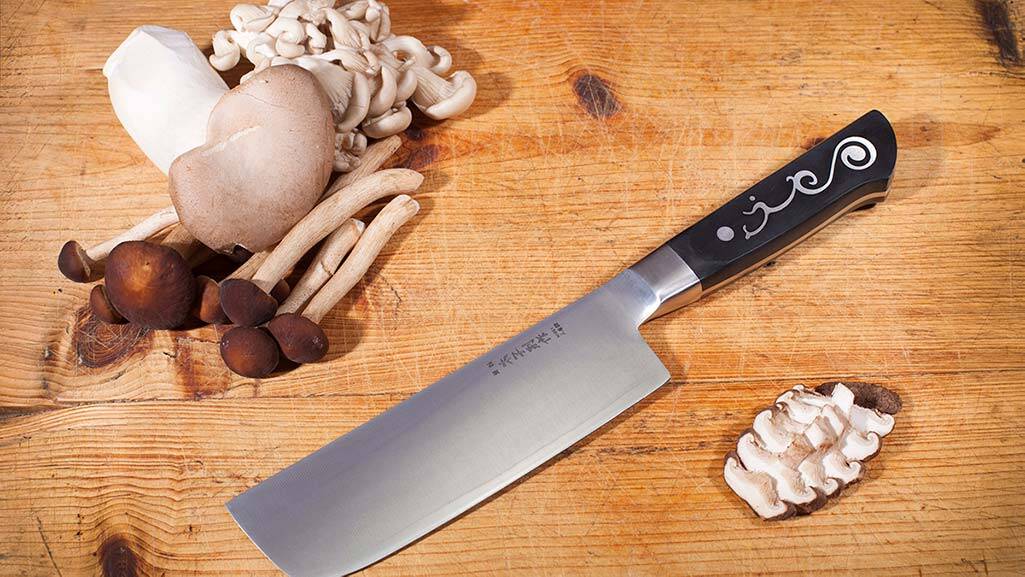 Japanese (style) knives – the way of the future

“Japanese knives are the way of the future — they have taken over from the Europeans.”

Who said that? Well it was celebrity chef Matt Moran interviewed by the Daily Telegraph just last month (From knives to appliances, these are the tools of the trade Matt Moran can’t live without). It’s certainly something that people have been telling us for the past year or so (The rise and rise of the Japanese style chefs knife), many of them users of our I.O.Shen range, which are of course Japanese style knives.

The Australian Financial Review reports that Japan is a little unhappy at the state of sushi around the globe, and is set to introduce training and certification in Japan for chefs which will lead to an award of competence at either gold, silver or bronze level.

Even celebrity chef Rick Stein failed to impress the Japanese ambassador who, rather uncharitably, told him he knew “nothing about sushi”. Apparently a lot of non Japanese sushi chefs use kitchen knives and cutting boards “in the wrong way”. As soon as we find out what the right way is, we’ll let you know.

If you have ever doubted how seriously the Japanese take their food, you should watch TV show Iron Chef (read the full article here… Japan is to train chefs to raise the standard of sushi worldwide).

Lifehacker (who we haven’t always seen eye-to-eye with when it comes to knife sharpening – Lifehacker’s decidedly old fashioned advice on sharpening knives) ran an article by Clair Lower about kitchen resolutions for 2016, one of which we wholeheartedly agree with – ‘care for your knives like a grown up’.

From an environmental point of view – which is one we haven’t really considered in the past – it obviously makes a lot more sense to get more out of your current knives by sharpening them than throwing out all your knives when they’re blunt. Which apparently a lot of people do.

She doesn’t mention how easy it is to keep your knives sharp with a Nirey electric knife sharpener, but she does explain how hard it is to keep them sharp with a whetstone. She also reiterates the point made by many chefs and foodies from Gordon Ramsay to Matt Preston, that you only really need a few good knives, not a huge set. Read her full list of resolutions here…

Kitchen Resolutions You Should Make For A Delicious 2016

And finally, if you thought you had all the possible (legal) uses of a kitchen knife totally nailed down, prepare to be surprised. A seemingly incredibly popular YouTuber (definition: someone who makes interesting/entertaining videos, posts them on YouTube and then makes money from the advertising when they become ridiculously popular) who goes by the name of ‘Crazy Russian Hacker’ has posted a number of videos explaining interesting ‘knife hacks’ for want of a better description.

We already knew about number three, but all the others were news to us. Perhaps these are all common practice in Russia.