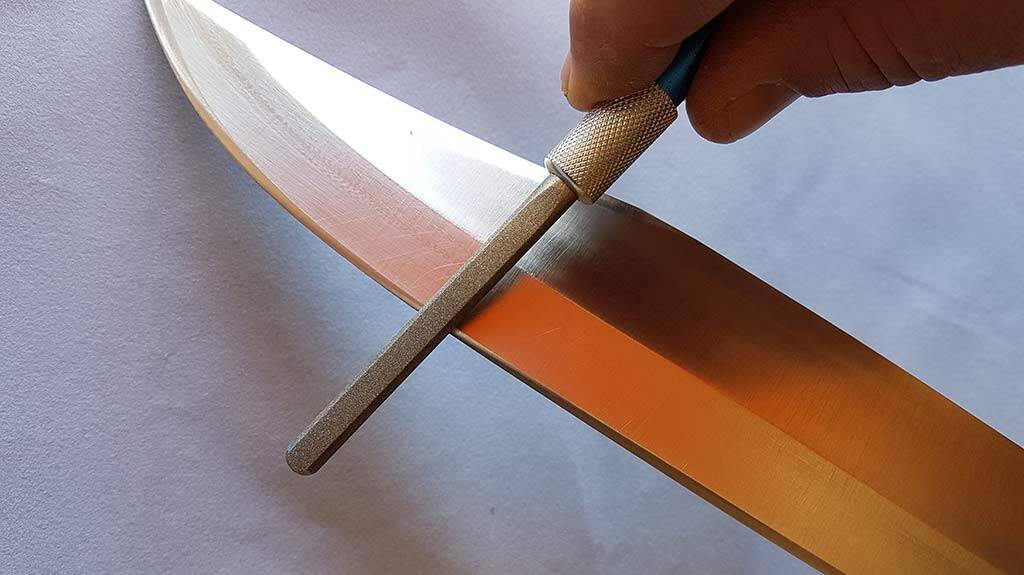 No, not the trailer of a new Hollywood blockbuster (although if you haven’t seen this YouTube video of the trailer for Jerry Seinfeld’s movie, you should… https://www.youtube.com/watch?v=fVDzuT0fXro), just some ruminations on what you had to do to get your knives sharp before the invention of electric knife sharpeners like the Nirey range we stock.

“Before the Nirey it would take anything up to an hour to sharpen one knife the old fashioned way – half an hour on a hand-turned sandstone waterwheel followed by another half an hour on the oilstone.”

But what if you do find yourself in that terrible situation where you need to get your knife sharpened but yo don’t have access to your trusty Nirey? In which case, you may need to have an emergency grit sharpening stone to hand (like one of the ones we stock here).

Made from Carborundum (Silicon Carbide), these ‘combination’ whetstones have two grit grades per stone and they are large enough for just about any knives and tools. They are fairly compact and you can of course take them with you if you are ‘going bush’ with no access to electric power. There is a technique for sharpening on these stones and you do need to get it right to make sure you do actually get a sharper blade. If you get it badly wrong you can also run the risk of damaging the blade.

Angles recommended by manufacturers of either knives or sharpening equipment can vary from fifteen to thirty degrees which creates a confusing situation. What angle do we use?”

He goes on to say,

“It all depends on what you intend using the knife for. If for example the knife is to be used in a boning room and only coming into contact with meat, it is likely that the choice would be for the lower angle of fifteen degrees or less.”

McKee recommends fifteen degrees for meat cutting, around twenty two for a knife mainly used for cutting vegetables, and thirty degrees for a knife used to fillet fish. If you use your knives for a multitude of different jobs, you may want to choose an angle between these two extremes, or, with the aid of a magnifying glass, see if you can replicate the original angle of the blade.

McKee advises that the actual angle itself is not critical, but it is critical to maintain the same angle throughout the sharpening process. McKee goes into a lot more detail in his book about the process of sharpening using a whetstone, so we’d recommend you download it.

Electric sharpeners like the Nirey range make sure that the right sharpening angle is maintained and minimise the amount of metal that needs to be removed from the blade to make it sharp again, so helping you to extend the life of your precious knives.

But if you do need to sharpen your knives on a whetstone, make sure you get it right, and give yourself a bit of time!